A. Change the quoted speech to reported speech. In some cases, more than one answer is possible.

Keep away from people who try to belittle your ambitions. Small people always do that, but the
really great make you feel that you, too, can become great. —Mark Twain

Mark Twain advised people to keep away from people who try to belittle their ambitions. He said that
small people always did that, but the really great made you feel that you, too, could become great.

2. I will be father to the young, brother to the elderly. I am but one of you; whatever troubles
you, troubles me; whatever pleases you, pleases me. —King Fahd bin Abdul-Aziz

3. A man who views the world the same at fifty as he did at twenty has wasted thirty
years of his life. —Muhammad Ali

Muhammed Ali said that a man who viewed the world the same at fifty as he had at twenty had wasted thirty years of his life.

5. He who obeys the Almighty has no difficulty in exacting obedience to himself.
—King Abdul-Aziz

King Abdul-Aziz said that he who obeyed the Almighty had no difficulty in exacting obedience to himself.

6. …every Muslim should work on some endowments that could benefit him in the life
after death. Likewise, I prefer for my children to work on developing the wealth, that they
would normally inherit after my death, while I am still alive, rather than keep it and
continue working to increase it myself. —Sulaiman Al-Rajhi

Sulaiman Al-Rajhi said that every Muslim had to work on some endowments that could benefit him in the life after death. Likewise, he preferred for his children to work on developing the wealth, that they would normally inherit after his death, while he was still alive, rather than keep it and continue working to increase it himself.

B. Complete each sentence with a relative pronoun and your own idea.
الإجابات تتفاوت, لكن هنا إجابات ممكنة
I am accustomed to wearing clothes that are baggy and comfortable .
1. The most ridiculous rumor which / that I ever heard was going to play for our local team.
2. The virtues which / that I think are the most important are most important are honesty and
integrity.
3. Makkah is a city which / that more than 13 million Muslims visit
every year .
4. I am someone who / that always locks the doors at night .
5. I think ( اسم شخص ) is the person who has had the biggest impact on my country.
6. The language which / that I would most like to acquire is Spanish .
7. Picasso is a person who / that I admire so much because he was a great artist..
8. I am accustomed to having friends who / that are fun and easygoing.
9. The object which / that is my greatest treasure is a box that belonged to my grandfather.
10. Lightning is something which / that really intimidates me.

C. Circle the correct relative pronoun in each sentence.
1. My mother is the person (who / that / whose) praise means the most to me.
2. The shirt (where / who / which) I bought has a stain on the collar.
3. The day (where / when / which) he graduated was the best of his life.
4. The appraiser (who / which / whose) determined the diamond’s authenticity is an expert.
5. Al-Zahrawi is the 10th century surgeon (who / whose / where) is considered to be one of the fathers of modern medicine.
6. I like weekends (where / who / when) I can spend time with my family.
7. We often go to the park (whose / where / when) we relax for hours.
8. A humanitarian is a person (who / whose / when) goals are noble.

D. Write sentences with adjective clauses for as many of the photos as you can.
Use the pronouns that, which, who, where, when, and whose. 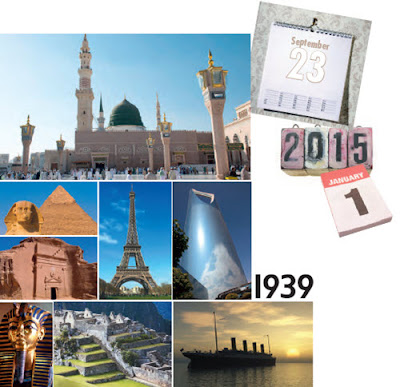 الإجابات تتفاوت, لكن هنا إجابات ممكنة
1. The year 2010 was the year when I got my University degree.
2. September 23 is the day that Saudi Arabia celebrates its official establishment as a unified Arab state.
3. Machu Picchu is the city where the ancient Incas used to live.
4. The Giza pyramid is the monument where the pharaoh Khafre was entombed.
5. Mada’in Saleh is the place that became Saudi Arabia’s first World Heritage Site.
6. The Eiffel Tower is a destination that many tourists visit every year.
7. Kingdom Center, which is the tallest building in Riyadh, is located in the business district of Al-Olaya.
8. The Titanic was the ship which was supposed to be unsinkable.


⇑ عودة للأعلى
After Reading بعد القراءة
A. Match the words with their meanings.
1. d confounded a. logical
2. a rational b. strange
3. f mass c. having no pattern or order in time
4. b peculiar d. confused
5. e species e. type
6. c sporadically f. an amount of matter with no specific shape
7. h meteorite g. amazement
8. g awe h. rock or metal that has fallen to Earth from outer space
.

3. What is ball lightning?
Ball lightning is a ball of light that floats through the air during thunderstorms.

4. Describe the ball lightning that occurred on a Russian airplane.
The ball lightning floated through a passenger airplane, divided into two, formed into one again, and then floated out of the airplane, leaving two holes behind.

Discussion
1. Would you like science to discover a reason for the mysteries described in the reading? Why or why not?
2. Do you think people had more respect for the natural world before science unlocked so many of its
mysteries? Explain.
3. What are some other mysteries for which there are no known explanations?

Complete each situation with an idiom shown. 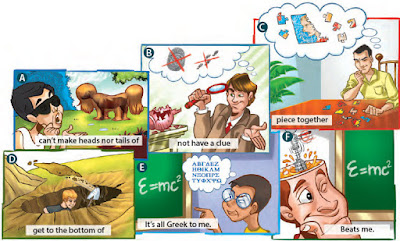 1. I cannot understand the directions in this computer manual. It’s all Greek to me.
2. A: Why did he drop the class?
B: Beats me. He told me last week that he loved the class.
3. I can’t make heads nor tails of the assignment, so I’m going to talk with my teacher about it.
4. He’s been having lots of different problems with his car lately. He’s taking it to a garage today
so that a mechanic can get to the bottom of the problem.
5. The investigators will piece together the clues to track down the thieves.
6. I found a gold watch in my mailbox, and I do not have a clue where it came from.

4 Writing كتابة
Tools for Writing: Using the Definite Article with Geographical Nouns.
The is generally not used before:
• continents: Asia, Europe
• countries: Saudi Arabia, Oman, Brazil, Canada (Exceptions include: the United States, the Philippines)
• states, cities, and streets: Jeddah, Abha, Massachusetts, Chicago, Wall Street
The is generally used before:
• points on the globe: the Equator, the South Pole
• geographical areas: the Middle East, the South
• rivers, oceans, and seas: the Nile, the Atlantic, the North Sea

Correct the use of the in these sentences.
1. The Arizona is a state in southwest of the United States.
2. Egypt is on the continent of the Africa.
3. Nile River helped the Egypt become one of the most powerful nations of the Africa and Middle East.

1. The Arizona is a state in the southwest of the United States.
2. Egypt is on the continent of the Africa.
3. The Nile River helped the Egypt become one of the most
powerful nations of the Africa and the Middle East.

Writing Prompt
Research and write an essay about an unexplained mystery. Include grammar points from
Units 4, 5, and 6.

Write Your Essay
1. Choose a mystery to research and write about. Use an idea from the box or an idea of your own.

2. Use a chart to organize your ideas. Write what you already know about the mystery in the K (Know)
column. Write what you want to learn in the W (Want to Learn) column. Research these questions in
your library or on the Internet. Then write what you’ve learned in the L (Learned) column.
##
3. Write a draft of your essay, working carefully to construct an effective conclusion.
4. Have a partner read and comment on your draft. Use your partner’s comments and suggestions to revise
your essay. 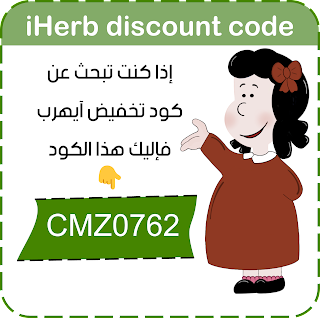